A Key visual presented to launch the campaign for the new tour of the Young Philharmonic Orchestra of Colombia. The concept lays on a digital collage that tells the story of ‘Fantastique’ composed by Berlioz, the main symphony of the program. The narrative is shown through a backward spiral that starts from the center of the corn and finding all the elements through until it reaches the end. The typography was made manually and has a shoelaces texture which acts as an icon of the young musicians that belong to the orchestra. 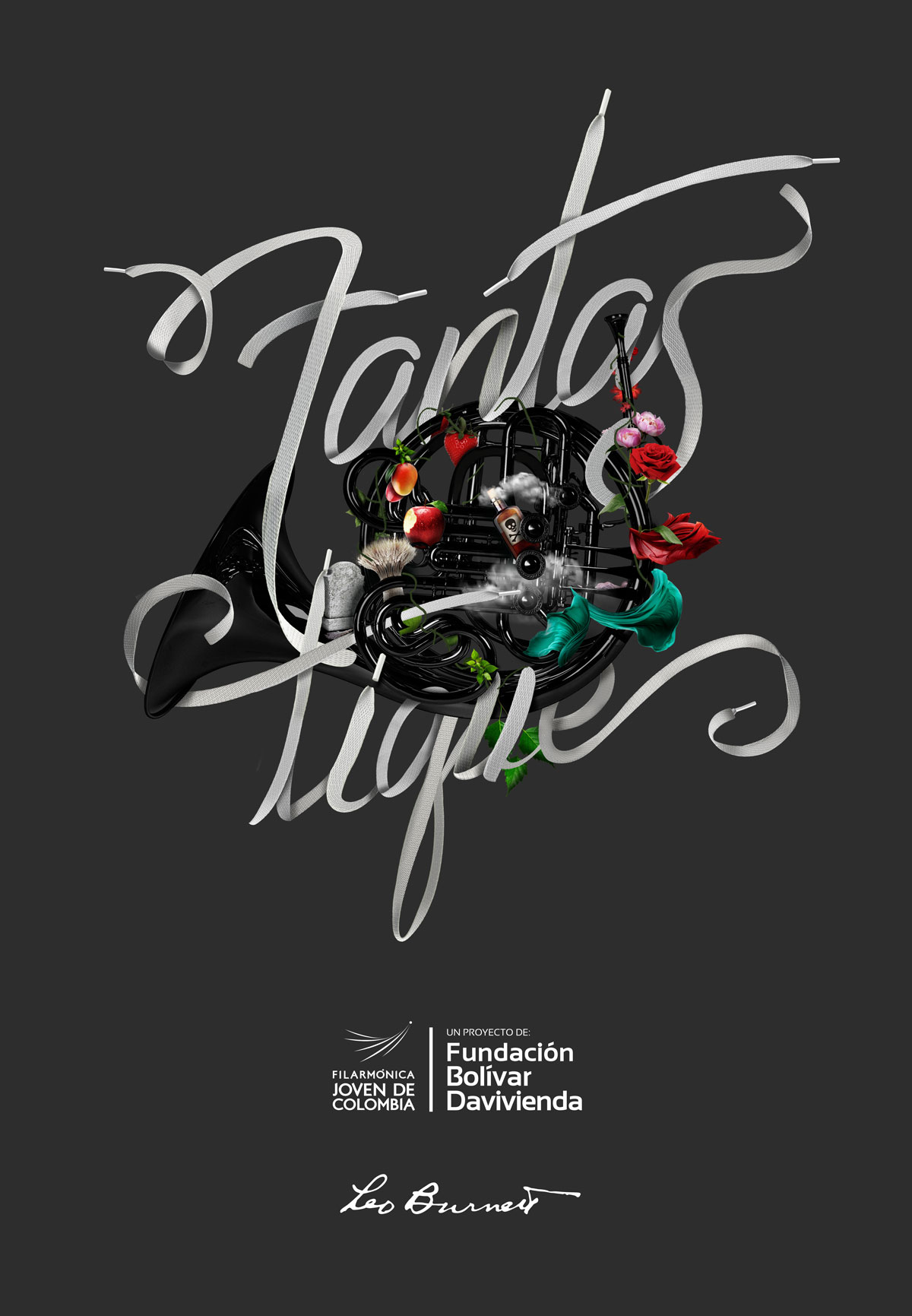